About A Dance For Bethany

A DANCE FOR BETHANY tells an inspiring and compelling story of how one woman risks everything to help a sex trafficked victim out of the world of slavery and into a world with a future and a hope of fulfilling a childhood dream of becoming a real dancer.

This factual-based fictional Bethany Stevenson is iconic as a 12-year-old runaway forced into sex slavery as a stripper/prostitute. The film chronicles the struggle of reporter Abbey Fisher to free her own self from the bondage of a politically correct and comfortable lifestyle. “A good family movie.”

Bethany thinks that running away from an abusive home at age twelve will make her dream of becoming a dancer come true. It does — but not until after she has endured the life of a trafficked victim.

On the streets for a couple of weeks, cold, hungry, naïve and not wanting to return home, Bethany takes a stranger up on his offer for a nice warm place to stay.

She has been lured into the world of slavery by a sex trafficker. After enduring six years of exploitation her prayers are finally answered. During a chance meeting, the visiting youth pastor at a nearby church meets Bethany and invites her to attend a service.

Reactions from the congregation are not too favorable when they see a scantly clad young woman enter their sanctuary. Abbey Fisher, an investigative reporter notices the young girl when she makes a b-line out the back of the church. Pastor Jenkins chastens his congregation for judging a needy soul.

Pastor Jenkins –“Who among you has never been broken”?

While on assignment to uncover the State Senator’s dealings at a local club Abbey meets and befriends young Bethany. ‘That’s the girl from church’, she reasons. Maternal instincts kick in as she puts her faith into action.

She immediately meets opposition from local club owners who don’t want to lose one of their prime moneymakers. Quickly challenged, Abbey is caught in a tightly woven web of politics, morals and crime — husband James and his colleague, Senator George Abbot and their attempt at creating legislation that inadvertently profits by the retailing of sex in the US thereby legitimizing it; scrutiny from her religious upbringing; and the rapidly growing issue of trafficking — and becomes a problem to those who want to profit from sexually exploiting young women.

With the help of Sarah, Abbey’s Co-worker and Eric Vandevere, local dance instructor, Bethany receives support and courage to make a new life for herself and in the process publicly exposes the dehumanization of the child sex trade in her city. 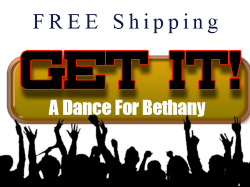 Buy on our Store 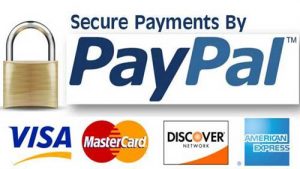 A Dance For Bethany

A Dance For Bethany